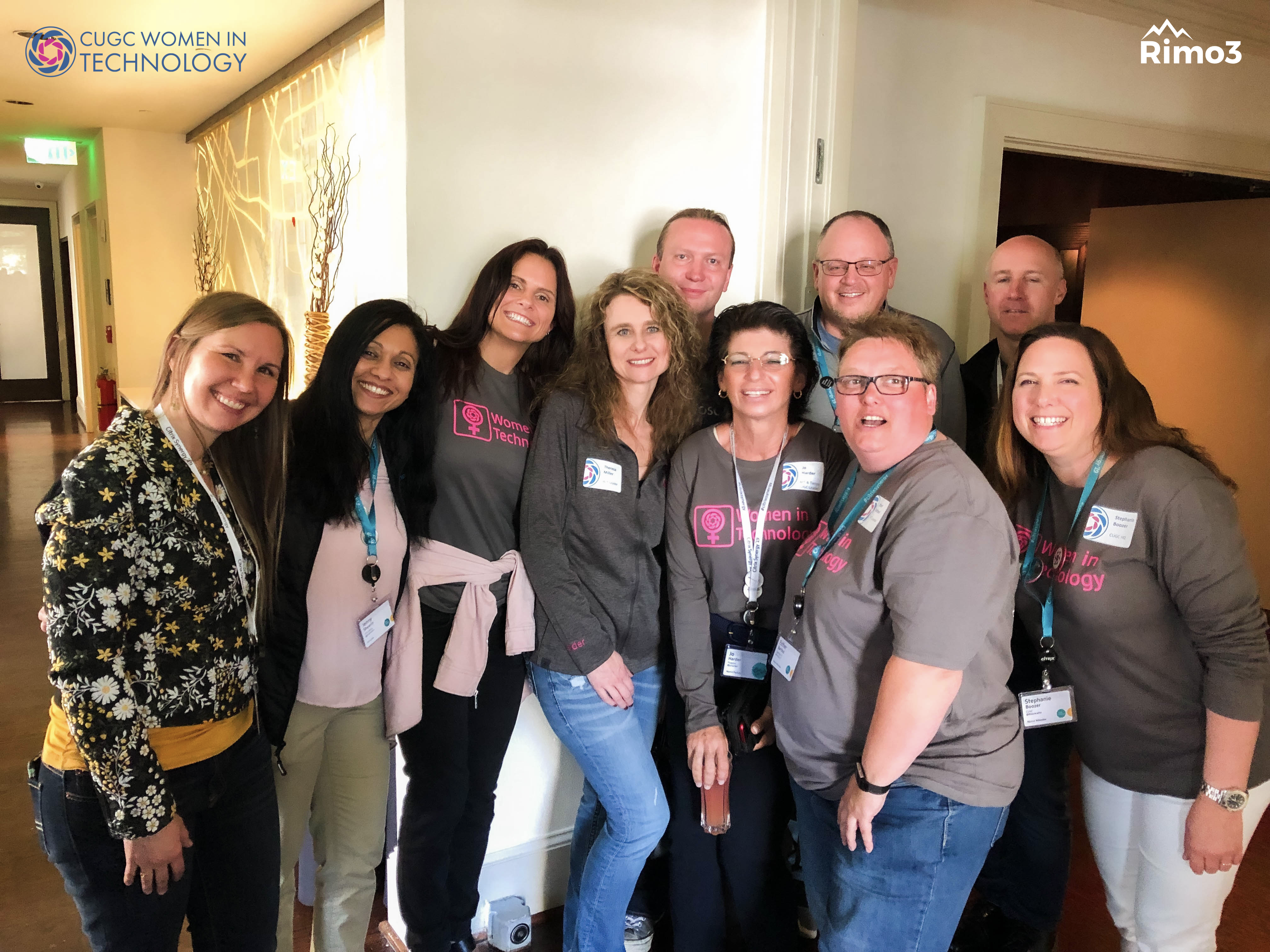 It’s one thing to say that you support women in technology; but more urgent action is required for real change

Rimo3 is proud to be a Citrix User Group Community (CUGC) sponsor, as well as a key supporter of the Women in IT (WiT) program. Support for the CUGC WiT program began five years ago when key Rimo3 team members were part of FSLogix, which was purchased by Microsoft in late 2018, and sponsorship has been reinitiated by Rimo3.

Why is this important?
While workforce gender equality has improved dramatically over the last several decades, the gender gap is still prevalent. The numbers vary slightly based on the source of the statistics, but it’s generally accepted that women in IT comprise only about 25% of the technical workforce today. And while recent surveys show women-led startups delivering higher revenue, only 2.3% of VC funding was awarded to new ventures led by women in 2020. Increasing our emphasis on women in tech is clearly an area of opportunity to increase industry innovation, diversity of approach, and investment ROI, as well as simply growing the workforce to fulfill the needs of our growing businesses.

And if those aren’t reasons enough, it’s also just the right thing to do.

CUGC WiT Mentoring Program
The CUGC WiT program was initiated in 2016 by three newly minted female Citrix Technology Professionals who recognized the need to help elevate fellow women in the industry. Esther Barthel, Theresa Miller, and me, Jo Harder, brainstormed how we could assist women and determined that a 1:1 annual mentoring program would be the best way to address this challenge. While this type of program could initially only assist a few women each year, we felt that it was an attainable goal that would help make a difference. As the program progressed, some mentees then went on to become mentors and a few male mentors were welcomed. As a result, the program expanded organically.

In addition to paired mentoring, CUGC WiT has evangelized opportunities for women by hosting numerous CUGC sessions and webinars focused on topics such as education opportunities and self-help. WiT has also maximized on existing resources, including speakers such as Eva Helén and assets from LeanIn.

#1 WiT Challenge: Confidence
Throughout the life of the program, the mentors have consistently found that lack of confidence is the primary issue standing between women and their goals. Mentoring discussions focus on thinking outside the box, capitalizing on educational opportunities, preparing for or replaying difficult work scenarios, and learning from others.

Setting goals is a key aspect of the program. Typically, goals are focused on obtaining technical certifications, public writing and/or speaking, demonstrating readiness for greater responsibility, and the like. Of course, achieving goals requires interim steps, and confidential mentorship discussions focus on specific actions necessary for success. It’s no coincidence that each time that a mentee reaches a milestone, confidence increases.

Rimo3 and CUGC WiT
Like the CUGC WiT program, the Rimo3 team embraces the idea that women in technology shouldn’t be a duel of women vs. men, instead women + men. Working together and enhancing opportunities and successes is key for women in technology. As Eva Helén so eloquently states, “Men in tech who support women are role models for other men.”

Several executives at Rimo3 cite their immediate family as a primary and constant reminder of the work that remains to be done. COO, Brad Rowland, remembers the career challenges faced by his single mom when he was a child in the 70’s, and notes with hopefulness how much the world has changed since then. He is excited about the kinds of opportunities that will await his 5 granddaughters when they enter the workforce and how he can be a part of creating that change. CEO, Mike Welling, mentions his 2 young daughters who may one day be entrepreneurs and tech CEOs, if that’s what they want to do.

“We try to ensure that women are treated equally within our organization and industry. Throughout my career, I’ve seen situations where women haven’t been respected or supported, whether consciously or unconsciously, and sometimes effecting change is as simple as pointing it out,” said Rowland. “I’m sure I’ve been a part of the problem many times and missed opportunities to be a better ally and advocate within my circle of influence. But what’s important is to keep growing and helping to foster a culture where we’re better today than we were yesterday.”

Even more important than financial sponsorship, the Rimo3 team works towards ensuring that the technology sector welcomes diversity, as well as efforts to maximize women’s talents in the technical workforce. With the looming shortage in technical workers, Rowland thinks it’s in the best interest of the industry to close the gap. “We should be doing everything in our power to support women who would like a career in tech, to activate and help grow the strong leaders, passionate team members, creative thinkers, and problem solvers. The CUGC program is so much more than technical training, it’s built around providing the same kind of encouragement and confidence building I was so lucky to have throughout my career.”

The CUGC WiT leaders are preparing for the next round of 1:1 mentoring, which will begin in September 2022. In conjunction with Rimo3’s continued sponsorship, CUGC WiT will be working closely with Rimo3 to enhance the program. Please keep an eye on the CUGC WiT site for updates.

Jo Harder has been hands-on with virtualization technologies since 1999, back in the early days of Citrix WinFrame and MetaFrame. She loves to explore the 0s and 1s (literally!) of technology and has held both vendor and customer roles. Jo is a Citrix Technology Professional awardee and a Women in Technology mentor.