What's the difference between Rimo3 & App-DNA? 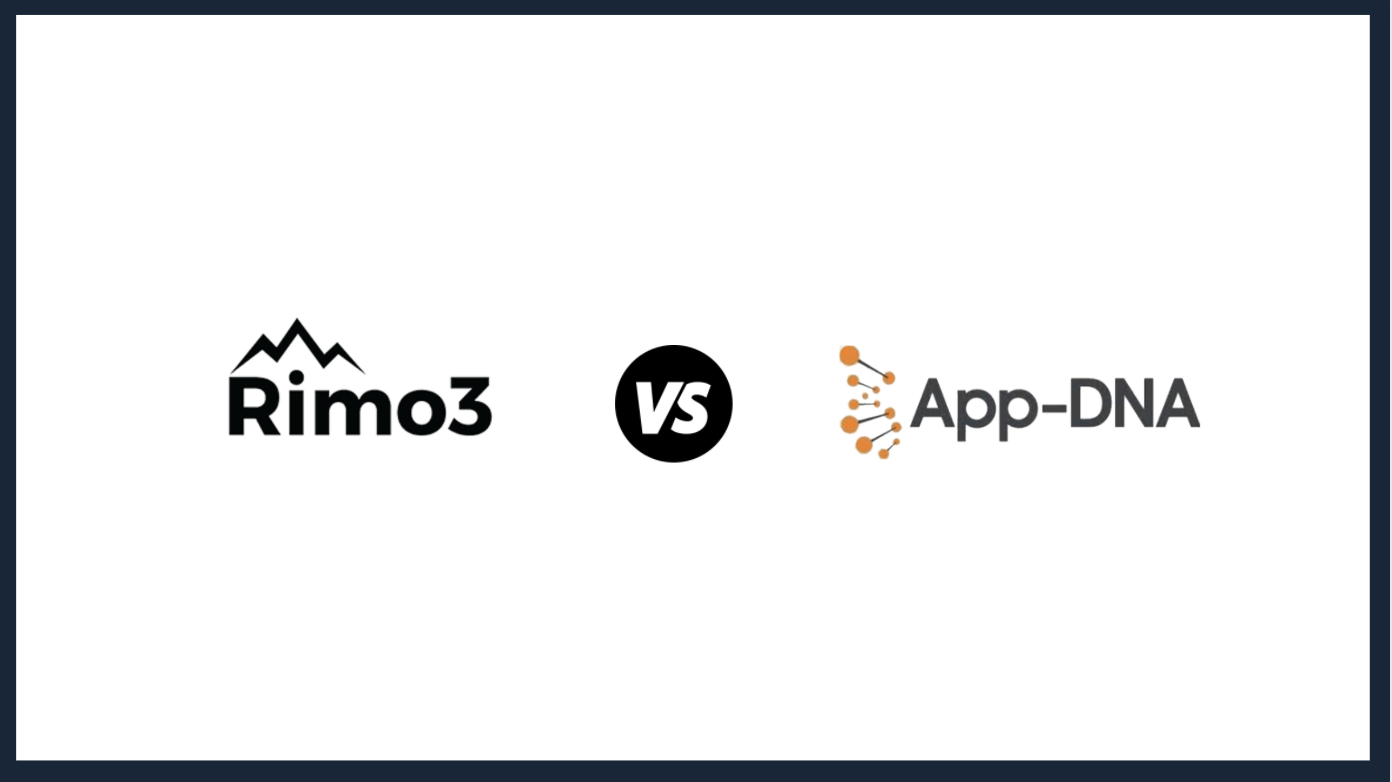 As the founder & CEO of App-DNA & Rimo3, we often get asked over here what is, if any, the difference between them both? Well, I thought I might be in a position to answer that. The truth is there are lots of differences, but before I get into that, it got me a little nostalgic about that great company.

App-DNA was founded in 2008 and was the pioneer of the first automated software to analyze compatibility status for applications moving on to a 64 bit Windows platform. So when Windows Vista was released we were “ready to go” and help customers migrate; the problem was that no one else was ready or wanted to go and so we needed to do something quickly. Therein was the first great lesson of any start-up, the journey is never as you planned it, and the ability to adapt & pivot is as important as your original idea.

It was also about this time that Microsoft acquired a company called Softricity, an application virtualization company and there was lots of interest in understanding which applications could or couldn’t be virtualized. So guess what? Well, we quickly customized our engine to check for virtualization candidates and built an easy-to-understand reporting front end that customers loved and we helped drive adoption of Softricity and ultimately the SFT (later App-V) format.

By this time Windows Vista was shelved for Windows 7 and customer traction picked up, adoption started and we grew. Within 4 years, this little start-up from London went on to sell in over 30 countries, with operations in 4 and with over 100 staff before another great company, headed up by the amazing Mark Templeton @ Citrix acquired us in late 2011. Post the acquisition, I didn’t stay long, but App-DNA always had a special place in my heart, and I felt it when I learned it was to be deprecated in 2018.

Now writing this I’m reminded of the Rimo3 journey so far. Founded in 2018, it was originally focused on helping companies manage Windows 10 evergreen cumulative updates by testing applications to understand the impact before deployment.

Now a couple of things have happened on the Rimo3 journey so far:

Sound familiar yet? And so again the pivot happens, but this time it came full circle back to our original testing engine and supporting the customer journey.

Today, Rimo3 uses its automated testing engine as the vehicle to help our customers deal with the volume of change in their environments, from security & patch updates to Windows CU’s, build updates, scripts. All these changes can cause applications to perform better or worse than expected, sometimes break, and of course, that disruption is always felt by the end-user.

We also help companies migrate their current platforms to newer workspaces like Azure Virtual Desktop and help them understand the impact of change before migration, again to minimize that end-user disruption.

So what is the difference between Rimo3 do and App-DNA?

Well, the story sounds the same, and so far, the journey sounds similar, but the fundamental difference is that Rimo3 uses its patent-pending algorithms to actually install & run the application to get true world results based on the customers' actual world, whereas App-DNA used a static analysis approach to predict outcomes, rather than to be certain.

Subtle difference, but oh so important.

I love both companies and the many great people we have or had, every journey is different and never as easy as people think, but when anyone asks you “what’s the difference between Rimo3 & App-DNA?” hopefully you’ll now know.